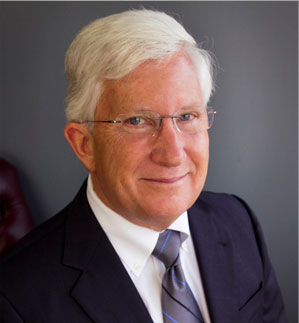 Mr. West is a graduate of California State University, Northridge (B.S. 1976 with honors, Business Administration, majoring in finance/insurance), and attended law school at Pepperdine University (J.D. 1979 - Dean’s List, Phi Alpha Delta, Moot Court Competition Finalist, VITA Program). He is a member of the State Bar of California, and has been a member of the American Board of Trial Advocates since 1999. Mr. West is also a member of the Association of Southern California Defense Counsel (ASCDC), Southern California Association of Hospital Risk Managers (SCAHRM), and is an Orange County Superior Court appointed arbitrator.

Mr. West has 34 years of experience handling a wide range of personal injury, professional liability, governmental tort and general civil litigation in both State and Federal Court. He has obtained defense verdicts in well over 90% of the cases he has tried to verdict.

Mr. West has also tried multiple lawsuits involving alleged design defects and dangerous conditions of public property with damage claims including permanent brain injury. He developed an excellent reputation with judges and opposing counsel and he is known as an honest and straightforward advocate for his clients.

Mr. West has earned an AV Preeminent rating in Martindale-Hubbell, which ranks him at the highest level of legal ability and ethical standards. He has served as an invited speaker/lecturer at numerous hospitals and professional organizations.

Mr. West resides in Newport Beach with his wife and his four children, and enjoys travel and reading.