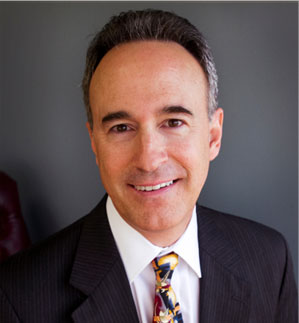 Fredrick M. Borges was born in Covina, California. He was admitted to the State Bar of California in 1992, and was also admitted to the U.S. District Courts for the Central and Northern Districts of California, United States Tax Court, and the Court of Appeals for the 9th Circuit. He joined the firm in 2000, and became an equity partner in 2006. In January 2013, Mr. Borges took over the reins as the firm’s managing partner.

Additionally, Mr. Borges is a graduate of California State University, Fullerton (BA) 1983 in liberal studies, minor in English. He also attended AUC School of Medicine in the British West Indies in 1984, and graduated from Western State University College of Law in 1991. In addition to his membership in the State Bar of California, he is a member of the Health Law Section of the American Bar Association, and is active with the American Health Lawyers Association, based in Washington, D.C.

Mr. Borges has extensive civil litigation experience with emphasis in health care law, including medical malpractice defense with representation of individuals, managed care organizations, and medical facilities. He has further experience as general counsel to a large IPA/medical group and a health care management company, handling a wide range of litigation and transactional matters including compliance and regulatory concerns, organization management, quality assurance, and risk management issues. Since February 2008 he has served as special counsel to the Betty Ford Center at Eisenhower, and outside counsel to a specialty insurance group, and a major non-profit health care entity based in Los Angeles. He is also on the American Bar Association’s advisory panel, and is listed in Marquis Who’s Who in American Law.

Another focus area of Mr. Borges’ practice involves education through lecture presentations and authoring publications on important topics in health care law. These include articles on the Bankruptcy Abuse Prevention and Consumer Protection Act of 2005, the Office of the Inspector General’s Open Letter to Health Care Providers on providers self-disclosure protocol, an overview of the privacy rules under the Health Insurance Portability and Accountability Act, and an analysis of the United States Supreme Court decision in Aetna Health v. Davila. He is a frequent lecturer on topics ranging from vicarious liability and ostensible agency as presented at a recent ASHRM conference to serving as a panelist on a medical liability forum in Northern California.

Mr. Borges has also had the opportunity to work with brokers and syndicate members with Lloyds of London. He has held meetings in London to discuss complex risks, claims issues, and customized indemnity agreements on a variety of challenging projects ranging from high exposure health care matters to portable, specialty coverage risks.

Mr. Borges has earned an AV preeminent rating in Martindale-Hubble, which ranks him at the highest level of legal ability and ethical standards. He has served as a private arbitrator on numerous occasions, and frequently consults on operational issues facing health care management, including compliance and regulatory issues.